There are at least four different types of transformers in a substation, which operate at different temperatures, depending on their functions and load requirements.

These devices switch from one contact point to another several times in a day. This is the most likely piece of equipment to explode in a substation when personnel are in the station, switching loads. Because the contact point is inside of the tank of the regulator, it is very important to carefully inspect this piece of equipment and record the readings. The heat could be coming from several inches inside the tank and since it is surrounded by gallons of oil, a slight rise in temperature could be a serious problem. An accurate record must been kept of the findings during maintenance of regulators, especially ones that have been found to have high temperatures. Some manufacturers of regulators have placed copper and aluminum wire in the same connector. These regulators have a high rate of failure and have caused millions of dollars in damage. When sub-stations are inspected, this equipment should be compared to the model of equipment known to have this condition and reported.

Switching devices allow the operator to control the functions of the substation. They protect some of the components, i.e., the ACI is present to protect the power transformer. Bypass and transfer switches are mechanically operated types of switches that need adjustment for several reasons. The temperature pattern and measurements on these switches will indicate what kind of adjustments are needed and when. Many times simply operating the switch will remove the problem by realigning itself and or cleaning surface corrosion. This type of maintenance is very effective on hook stick switches.

Because they are smaller, lower to the ground, and often run through populated areas, than high voltage transmission lines and are much more difficult to see against all the thermal clutter on the ground such as trees, street lights, people, animals, etc., than transmission lines. Detecting electrical faults on high voltage electrical distribution lines can be accomplished rapidly from ground-based driving scanning vehicles.

ElectricIR thermographers can help your utility by scanning the lines and substations quickly from one of our fully-equipped scanning vehicles. Therefore, they are best scanned from ground-based vehicles.

Detecting electrical faults on high voltage electrical transmission lines is fairly easy and can be accomplished rapidly from a light aircraft. However, even from short distances, accurate temperatures of electrical faults are impossible to measure [quantify]. There are several problems associated with temperature measurement from the air which include spot size to target distance ratios, reflection of the objects surveyed, having a sufficient load on the line at the time of the survey among others. The spot size to target distance ratio is the number one problem with temperature measurement. The fact is that infrared cameras that are in general commercial use today cannot measure accurate temperatures on small objects from distances of 50 feet...much less from reliably safe flying distances. A one-inch (relative size of a transmission line splice) target cannot be measured from that distance, plain and simple, although it can be detected. These spot sizes are unmanageable and inaccurate on any target that does not have a large homogeneous heat signature. The GRE is critical to the measure of spatial resolution in aerial infrared thermography. Nyquist's frequency theorem states that an object less than two times the size of a sensor's GRE cannot be resolved for measurement, so a 3x3 pixel or GRE spot is needed for reliably obtaining measurements.

This shortcoming may be addressed by using more powerful lens to reduce the GRE for a given distance, but then the sensor's FOV is then reduced, limiting the area covered over a given period of time. So, if one is using a small format IR camera (256x256 pixels) in a helicopter only 50 feet away from a 1 inch "hot spot", it is impossible to obtain accurate temperatures using a standard lens. The smallest "hot spot" that could be accurately measured with one of these imagers is over 2", even at that extreme short distance. Also, from the air, using a more powerful lens does not work well because vibration is more evident in the form of image 'shaking'. Image 'smearing' may also occur due to an increase in the apparent speed of the sensor's view across the ground. In the air, there are few substitutes for a large pixel array, but even using large format detectors, one cannot and should not profess to measure temperatures on very small objects. These anomalies can be seen, and by comparing them to similarly loaded phases or equipment, potential problem areas can be identified, saved and marked on a map. For 'good' measurements, a ground verification team should be used to inspect suspect hot spots from the ground (cloudy nights are best) and verify the findings of the aerial IR survey. They will be closer to the target and with a powerful lens on a stable surface, much more accurate. 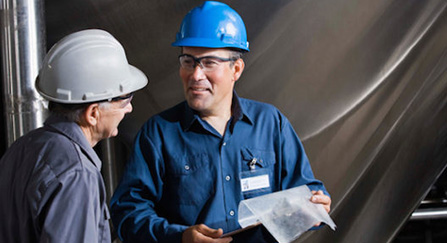 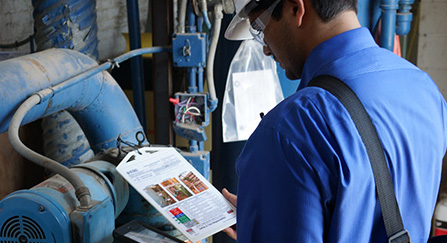 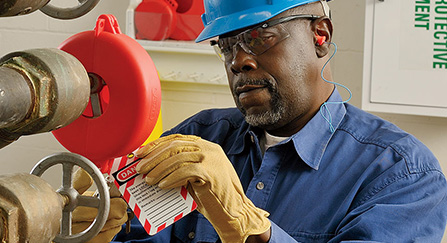